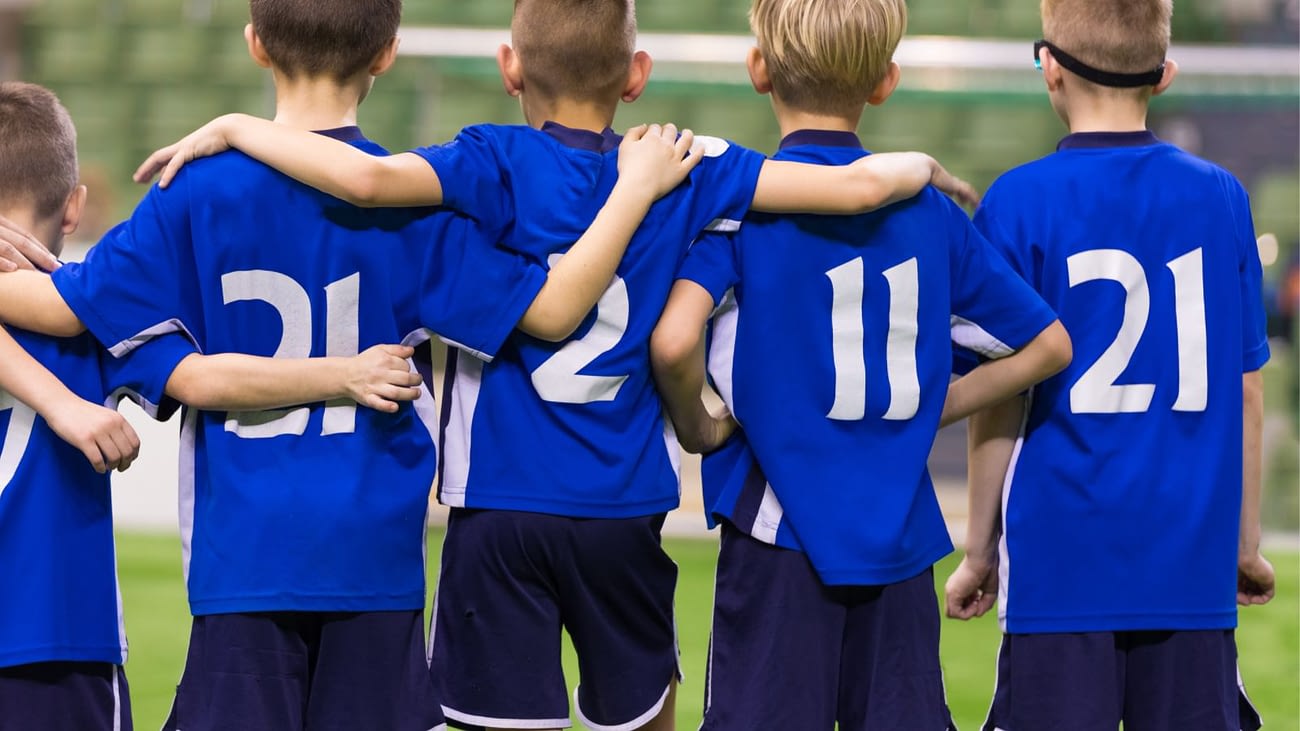 “Integrity, the choice between what is convenient and what is right” Tony Dungy

Integrity is a vital part of sport. It helps to guide us to keep sport clean and ensures the natural joy of athletes in performing on the sports field and that of the fans around the pitch. However, we need to work hard to ensure the integrity of sport. Anyone connected to a sports competition needs to learn, understand and apply the rules, including the rules of integrity. Once we understand why rules must be respected, we understand why it is important to work hard to protect its integrity – to protect careers, to protect the unpredictability of nature and to protect the business of sport.

It is important to understand: the rules of integrity are for, not against us!

While football is one of the sports which is frequently threatened by opportunists, and senior male football players are provided more and more education on the dangers of sport manipulation (match- fixing), younger athletes and female players are still generally behind in receiving this knowledge and understanding the threats, the approaches and the impacts. This was proven by interviews of multiple national team and club players across a section of Europe, who often themselves believed that they could not be targets, given the lower media attention they receive. However, as the pandemic showed, lower level and less visible leagues are attractive exactly because of the lower media attention, lower salaries, and lower level of awareness.

These concerns convinced the CSCF Foundation for Sport Integrity, together with the support of 4 federations: the Czech Republic Football Association (FACR), the Malta Football Association (MFA), the Hellenic Football Federation and the Royal Belgium Football Association (RBFA); one players’ union, the Pancyprian Footballers Association (PASP), two institutional partners, GMLS and Ghent University, and two supporting partners, UEFA and the Council of Europe, to develop and implement Integriball Erasmus+, a 2-year project, which provided support to two of the most vulnerable members of the football family: grassroots and female footballers. 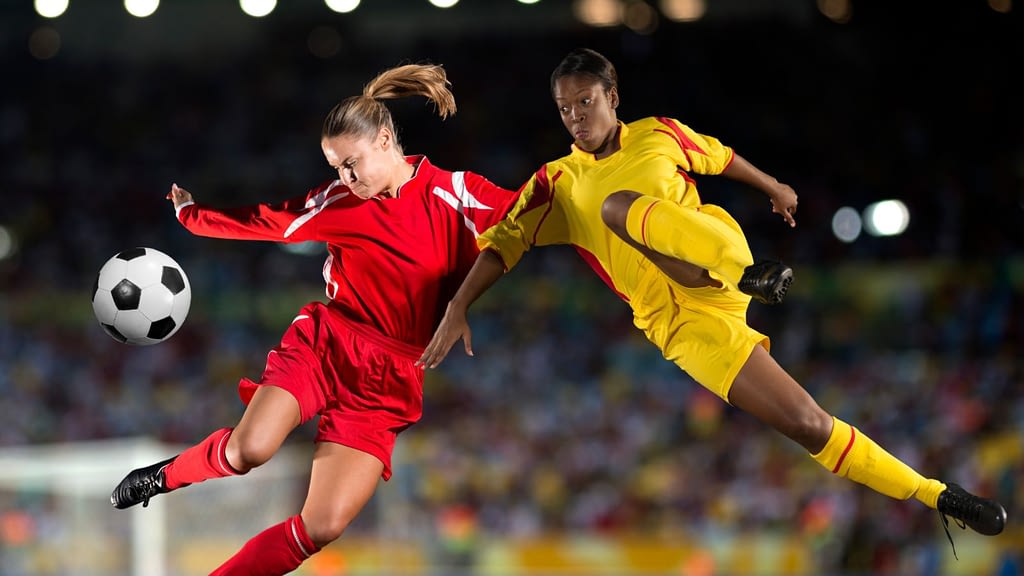 The objective of this 2-year project was to “provide customised and dedicated education programmes, focusing on the protection of grassroot footballers (adolescents – U16-18) and female footballers in Belgium, the Czech Republic, Cyprus, Greece and Malta, from threats of sport manipulation through understanding, awareness and knowledge of approaches, consequences and procedures available to them. This awareness and the guidelines were also adapted to coaches and administrative staff of the participating country federations.We have come a long way since the beginning of 2020, which was not eased by the onset and continued presence of COVID-19. Nonetheless, I am proud to share that we were able to:

– Develop a knowledge-based useful product which was eventually tailor-made to the sport manipulation situation, level of awareness, actual situation and educational needs of each football federation/football players’ union of Belgium, the Czech Republic, Cyprus, Greece and Malta; to provide these education tools in the countries to footballers and also prepare future trainers (train-the-trainers), who would be able to further deliver the knowledge for the youth and female footballers in their countries and sustain and transfer know-how.

– Give the opportunity to the motivated persons of our respective countries to make the future generations more cautious about what happens around them and help them to play a clean game and contribute positively to society.

I truly believe that the outputs, that were developed meticulously and delivered widely, will help to prepare not only the participating federation and union football players to be very successful, cautious and knowledgeable sportsmen and sportswomen, but they can also be transferred beyond these countries, thus benefiting the wider society of Europe and beyond.

As the director of CSCF Foundation for Sport Integrity, and the co-ordinator of Integriball Erasmus+, I would like to warmly thank the hard work of the partners of Integriball, as well as the supporting partners, UEFA and the Council of Europe. I would like to especially thank the contribution of the integrity officers of the involved federations, the president of the Cypriot Players’ Union and his team, the experts of CSCF, our ambassadors, all the interviewees of our research and last, but not least, the boys and girls and senior female football players who participated and will continue to participate in the training sessions of Integriball Erasmus+.

You are truly making a difference.

We stand against manipulations in sports.

Yours in sporting integrity,

The Integriball Erasmus Plus project came to its end on the 30th of November with its final administrative session and the closing conference. The project had a two-year run from the beginning of 2020 to the end of 2021, during which sport integrity experts developed extensive curricula and disseminated them through a multitude of training sessions. With the help of the Integriball project, thousands of women and young footballers can now play in a safer environment.

The Administrative Session and Closing Conference

On the 30th of November, the administrative session and closing conference of the Integriball Erasmus Plus project, hosted by GLMS – and coordinated by CSCF – Foundation for Sport Integrity, were held. The online session had active participation and collaboration from more than 50 participants between partners and guests, besides the partners of the project who were as follows:

The EU-funded Integriball Erasmus + project was completed after 2 years (2020-2021) of dedication, education and awareness raising on tackling match-fixing in European football for young boys and girls and senior women footballers. It identified and addressing the issue from the different country partners of Belgium, the Czech Republic, Malta, Greece, and Cyprus.

The project has a thorough research basis, the results and the curricula were based on desk research, survey research and a comprehensive interview phase conducted throughout 2020.

As the first step of this phase, Ghent University carried out desk research on the state of play of sport manipulation in all five countries, and Ariosz surveyed the future participants of Integriball about their opinions and knowledge on the topic. During the interview phase, the experts of CSCF Foundation for Sport Integrity, together with the experts of the local partners (in their respective countries) and GLMS, conducted more than 60 interviews from all the 5 countries. The interviewees represented different stakeholders in the field of football (football players, coaches, integrity officers), through law enforcement to the highest level of policy making.

All this work resulted in a comprehensive understanding of the present state of match-fixing and sport manipulation in women’s and grassroots football in each country.

The knowledge collected from the countries of Integriball gave a great fundament for the curricula which was developed by and for all the partners of the projects. For the latter guide, CSCF implemented a train-the-trainers method, where representatives assigned by their federations were taught by experts to be able to train the athletes in their organizations. These documents were built to introduce the phenomenon of sport manipulation (Match-fixing) on how to recognize manipulation and what to do, and who to turn to if sport manipulation is committed.

The information was translated into the languages of the partner countries and tested at the pilot sessions where the knowledge was delivered to players of all the 5 country partners with the involvement of the 5 football associations: RBFA, PASP, CRFA, HFF, MFA as well as GLMS and CSCF. This was followed by the train the trainers sessions for the future trainers in the partner countries.

The team of experts that participated in these activities includes academics, sport integrity, and betting specialists, specialists on whistleblowing, and investigators with sound experience in building and educating good governance and strategies of sports and combating serious crimes. The experts performed background analyses and field-work interviews to help us research the various facets of sport corruption.

By using CSCF international experts’ knowledge in the domain and the support of the country partners, more than 700 athletes and trainers were trained through pilot sessions, train the trainers and delivery by the trainers to players in 2021.

The sessions by the trained trainers have already started in the partner countries. The knowledge of integrity has been spread around the countries amongst youth and women footballers and is planned to directly impact more than 10,000 people in the long term.

The Integriball trainings will continue in all the countries after the project ends.

The federations and union have committed to using the developed material to maintain knowledge and raise awareness among this specific target group of football players on fighting sport manipulation in Belgium, Cyprus, the Czech Republic, Greece, and Malta.

The knowledge of the project is expected to help to develop a product which will be adaptable for use not only in the countries of the Partners but also in other European countries and beyond.

During the project’s lifetime, the knowledge on the topic was constantly measured through surveys. Based on the results of the survey, it could be stated that while the athletes did not have much first-hand experience with match-fixing, which is definitely a positive sign, most of them also had not taken part in any sport manipulation-related education before. So, generally, they had little knowledge about the topic. There were other factors signaling the importance of integrity education for them, such as a big proportion of them saying that match-fixing was very common in football, or the fact that half of the respondents knew someone who was addicted to gambling. As the project was going on, further surveying showed that the knowledge and awareness of participants about sport manipulation was growing, and that they were satisfied with the content and education they were receiving.

“I truly believe that the outputs of the Integriball Erasmus plus project, that were developed meticulously and delivered widely, will help to prepare not only the participating federation and union football players to be very successful, cautious and knowledgeable sportsmen and sportswomen, but they can also be transferred beyond these countries, thus benefiting the wider society of Europe and beyond,” Norbert Rubicsek, CSCF Director.

We all stand against manipulation in sport!

The official launch of the new, EU-funded Integriball ERASMUS+ Project took place on the 23rd of January 2020 in Brussels during the Project’s kick off meeting. The meeting was hosted at the Brussels’ office of UEFA’s. UEFA is a supporting partner of this new project, which aims to educate on the dangers of match-fixing in football.

The “Integriball Grassroots and Women’s football” Project will run from January 2020 until December 2021 and takes on a unique approach, developing and disseminating a comprehensive education programme focusing on protecting grassroots (U16-18) and women’s football players in Belgium, Cyprus, Czech Republic, Greece, and Malta from threats of sport manipulation (match-fixing) and other related sport-regulatory or criminal activities, in partnership with the respective dedicated Football Federations.

The Project is implemented by CSCF Foundation for Sport Integrity, which has run other successful projects including Integrisport ERASMUS+ targeting law enforcement and judiciary in investigating cases of sports manipulations. Integriball’s implementation will be further supported by partnerships with the sport integrity body of the global lottery sector, GLMS, with its strong expertise on sports betting and intelligence, as well as the renowned Ghent University playing a vital role in research activities. Partner organizations in particular will add further credibility to the Project by contributing via their network and expertise.

All project partners concluded that addressing the integrity of young athletes at the very start of their sporting careers, as well as raising awareness among female athletes of one of the fastest growing sports should be a priority; a priority that will definitely benefit from a multidisciplinary and transnational approach to tackling sport manipulations. With this approach, the Project aims to help to equip the involved football federations with effective tools and networks to effectively fight against sport manipulation and other sport integrity breaches.

The “Integriball Grassroots and Women’s football” Project is officially supported in this fight by UEFA and the Council of Europe.

If you are interested in the program, please visit us at https://integriball.weebly.com/ and visit or email us: integriball@cscfsport.com.